Dear men, are you worthy of a virtuous woman? 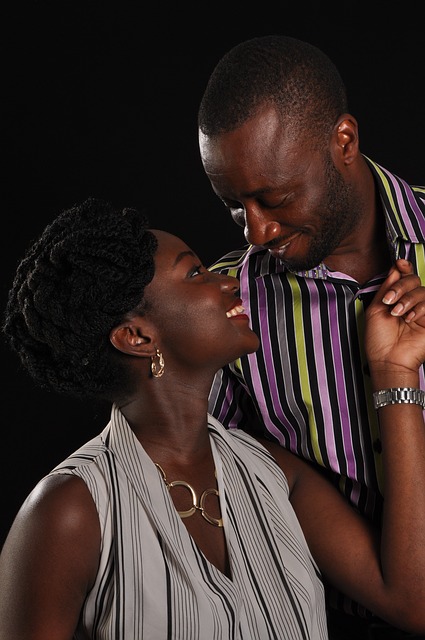 Since time immemorial, there has always been talk about what makes a perfect or good wife. Men have somehow categorized women into two main groups; those that are wife material and those that aren’t.

I am looking for a Proverbs 31 kind of woman

How many times have you heard that statement from smug looking fellas thinking they are entitled to such a kind of woman? For every man out there seeking a virtuous woman to make their wife, ask yourself this question; are you worthy of such a woman?

When men talk about the kind of wife they desire, it is rare that they actually evaluate themselves to see if they are worthy of such a species. A virtuous woman or a Proverbs 31 kind of woman does not come by accident and neither was she born like that. It took a lot of doing to finally make her like that. Now if you think you can just waltz in and scoop her from off her feet without thinking about whether you deserve her or not, then you have quite a lot of growing up to do.

Consider this practical example for a minute; you walk into a store, you see this woman glowing of all things made of beauty; she smells great, has flawless skin, her long lustrous hair is practically inviting you to pass your hand through it, her legs seem to go on forever in her six inch Prada heels and her red blazing lips are inviting you to draw closer and listen to her wild whisperings. And so you take the bait and make her yours. Two weeks later you realise she is high maintenance and you can’t keep up with her demands and expectations. The question is; wasn’t that fact obvious the very first time you were attracted to her?

It does not make sense for one to have ambitious taste yet fail to keep up once a relationship commences. If her looks are what attracted you to her in the first place, then know beforehand that the moment you make her yours, those looks will have to be maintained (or even improved). And if it is indeed her character you fell in love with, then ensure that your character too is well deserving of hers. This means that if you are someone of low financial means, perhaps it’s better for you and your pride to date a woman within your means. Leave be those fancy glowing women in designer outfits and expensive hair. They are high maintenance and they will bruise your ego the moment you fail to keep up.

Similarly, if you are a playa, a womaniser, alcoholic, or abuser, do not take someone else’s daughter who’s lived a peaceful and beautiful life and make them miserable with your antics. How about dating someone of your character, and if that does not suit your palate, how about grooming yourself into becoming the kind of man deserving of a good woman?

It is very easy to be attracted to someone because people always know what they like and expect in a possible mate. However, it is very difficult for people to ask themselves if they are worthy of the kind of partners they desire. The situation is even worse for women in Africa because from a much younger age, they are groomed to become ‘good wives and homemakers’ but rarely is this the case for men. The result of such socialization is that men grow up believing that they are entitled to virtuous women without considering if they deserve such women in the first place.

The point that some men seem to miss is that Proverbs 31 does not just talk about a virtuous woman; it explains, though implicitly, that such a woman ought to be with a man deserving of her. Here are three points in the chapter where a virtuous man is mentioned;

So what do the above verses mean?

Trust
What does trust mean in a relationship? Trust is a two-way street and it is something that should be earned, through actions and not just words. Most often than not, people that are hard to trust find it even harder to trust others. Trusting someone in this case means that you will partner with them and communicate with them when it comes to making decisions because you believe that they too have your best interest at heart. Trust means you will not manipulate, abuse, lie, betray or do anything to your partner that you wouldn’t want them doing to you. You will not keep her from doing anything that makes her shine such as advancing in her career for fear of her leaving you or appearing attractive to other men.

Siting among elders of the land
This statement is a matter of respect. Respect for husbands should never be demanded, it is something to be earned. Are you worthy of your wife’s respect? Have you done anything to earn that respect? Elders are mostly known for the roles they play in society and their responsibilities, therefore, as a man, are you doing enough to deliver on your responsibilities and take care of your family? Or rather, are you capable of being a responsible man enough to earn the respect of others?

Praising her
Do not just say women are attention seekers. Trying to be a virtuous woman all day and everyday takes a lot of doing and the least you can do is compliment and appreciate their hard work. If being a virtuous woman was that easy, then you needed not have dated all those women from your past and you certainly don’t need to get down on your knees to ask for her hand in marriage.

Therefore, do not for a moment think that you deserve a virtuous woman simply by virtue of you being male. Instead, do everything to the best of your abilities to ensure that you deserve that kind of a woman. And when you get that woman, prove to her that you are worthy of her love lest she starts seeking someone of her kind because she too deserves a virtuous man.

2 thoughts on “Are you Husband Material?”